Unquestionably one of the fastest British racing talents in recent years

Standing proud amongst his peers as a talented racing driver, Clarke continues showcase all the hallmarks of a driver that can reach the highest level – possessing a wealth of skills both on and off the track.

Like many aspiring racers who are looking to achieve top-level international racing glory, Oliver began his motorsport journey at the age of eight in karting.

Making a name for himself both in the UK and abroad, the Norfolk-born ace enjoyed plenty of success – picking up countless accolades and reigning supreme in nearly everything he competed in.

His exploits in karting paved the way for a move to the United States, racing for front-running team Velocity Racing Developments in the F4 United States Championship powered by Honda.

Billed as one of the most competitive single-seater categories in the UK and beyond as well as having several substantial prizes and great exposure, 2020 could see Oliver become a household name even further.

Top five finish across two part-campaigns in the championship: 2018-2019

In 2020, Oliver will return to compete on UK shores as he steps up into the BRDC British Formula 3 Championship with race-winning outfit Hillspeed.

Billed as one of the UK’s strongest and most competitive racing championships on the single-seater ladder; the series provides the perfect platform for young drivers aiming to reach the pinnacle of international motorsport.

Taking its place on British GT Championship bill, BRDC British F3 has become synonymous as the ultimate proving ground for the next generation of motorsport stars since its inception in 2016, playing a pivotal role in particular in the careers of current Formula 1 stars George Russell and Lando Norris.

Consisting of eight events – seven in the UK and one overseas in Belgium – and a total of 24 races are run over the course of the 2020 BRDC British F3 Championship, taking place at some of the most iconic venues in Europe.

The proven, reliable and extremely popular Tatuus-Cosworth car features a powerful Ralph Firman-designed machine, with a 230bhp-spec engine, upgraded brakes and substantially more downforce from the front and rear wings and a rear diffuser.

It meets all of the latest FIA Formula 3 safety criteria including side impact, front and rear carbon impact structures, wheel tethers and extractable seat.

Competitors in the BRDC British F3 Championship will be eligible for the Sunoco Whelen Challenge, one of the Europe’s biggest motorsport prizes which offers the winner a drive in the Rolex 24 Hours of Daytona in 2021.

Any British driver that competes in the BRDC British F3 Championship will also be taken into consideration for the prestigious Aston Martin Autosport BRDC Young Driver of the Year Award.

In addition; as a National F3 Championship, BRDC British F3 offers FIA Super Licence points for the top five drivers in the overall standings at the end of the 2020 season.

With championship titles in Formula 3, Formula Renault and Ginetta Juniors; Hillspeed is widely recognised as one of the UK’s most professional and successful motor racing entrants – running at the forefront of national motorsport for more than five decades.

Established in 1970 by Morgan Ollerenshaw, father of current team principal Richard, the Derbyshire-based outfit has earned a glowing reputation for consistently providing the highest standards of preparation and impeccable driver development.

Stay up-to-date with Oliver Clarke in 2020 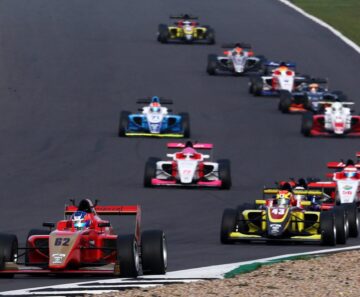 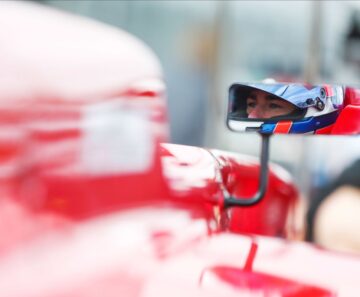 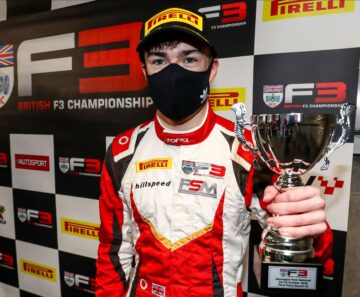 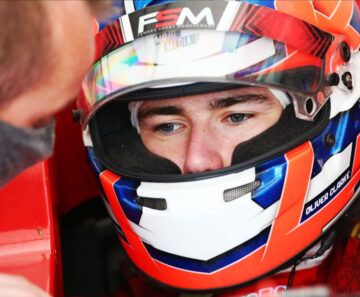 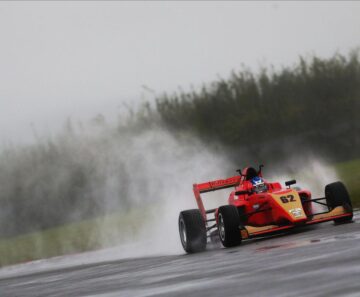